The 7 Rules of Napping 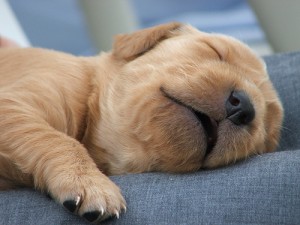 I was brought up in a family of world-class nappers. My father was legendary for his seemingly effortless ability to attain the holy grail of napping: the three-hour Sunday snooze. My mother took the micro approach, stealing catnaps on the living room floor without a pillow. This resulted in a recurring scene: my brothers and I coming home from school to the unnerving sight of dear old Mom laid out unconscious on the carpet, arms splayed like a CSI victim. Then she’d spring up to greet us, the imprint of the weave still on her cheek. It was like living with Lazarus.

It turns out Mom and Dad were ahead of the curve. We are living in the Golden Age of the Performance-Enhancing Nap: neurologists are touting the learning benefits of midday siestas; Silicon Valley companies are competing to see who can design the hippest nap rooms. Napping is not just napping anymore; it’s a skill. So with that in mind, I’d like to offer the following rules.

Rule 1: Take your shoes off. Leaving shoes on for a nap is like wearing a swimsuit in the shower: just because you can doesn’t mean you should. This is not about being efficient — it’s about scoring a high-quality unconsciousness, and that means getting comfy.

Rule 2: Get horizontal. Yes, truck drivers and astronauts can nap sitting up. But you are not an astronaut. Even Thomas Edison, a workaholic who liked to boast that he only slept four hours a day, obeyed this rule, clearing off his workbench and stretching out like a champ. Plus, getting horizontal lets you fall asleep 50 percent faster than sitting; it’s the cue that tells your body, this is for real, dude.

Rule 3:  Get under a blanket. Napping slows your metabolism; you naturally tend to get chilled. The trick here is to have a blanket that’s not too heavy, and not too light. A medium blanket — like an afghan — lets you cocoon without getting too warm or cold. A hoodie works in a pinch.

Rule 4: Aim for the sweet spot of 20-45 minutes. Go longer (like my dad usually did) and you are moving past the nap zone into the the zombie zone — the kind where you find yourself unable to fully wake up again for hours. While this creates ample entertainment opportunities for others (“Hey, let’s switch the clocks ahead, cook pancakes, and trick Dad into thinking it’s morning”); it’s considerably less productive for the napper.

Rule 5: Aim to nap after lunch. The Spanish figured this out a long time ago: just after lunch is when your body is in a natural down cycle.  Stop resisting and embrace the fact that an afternoon yawn is the equivalent of a flashing neon sign: TIME TO ZONK.

Rule 6: Avoid using wake-up gimmicks. Salvador Dali held a key in his hand so that he would awake when it clanged to the ground. But this is a terrible idea (unless you are a surrealist and want to paint a lot of melting clocks). These tricks only serve to end the nap before you get to the good stuff — the short, deep sleep cycle, where you awaken after 20-45 minutes.  Instead, set a backup alarm on your phone for 45 minutes.

Rule 7: No bragging about what a great nap you just had. Just take it in stride. The rest of us can tell anyway.